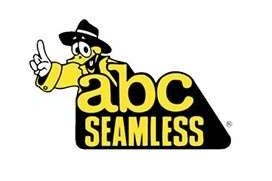 By PAUL LOCHER Staff Writer Published: February 16, 2016 4:00 AM. Reprinted with permission from The Wooster Daily Record

SHREVE — After about seven years of duty, the County Line Historical Society Museum of Wayne and Holmes County is getting a major facelift.  The museum, housed in two of the earliest surviving buildings in Shreve dating to the mid-1870s, was opened to the public in the summer of 2009. But in recent years the venerable wooden structures have begun to show their age, with the paint peeling from the weathered siding and some of the windows in need of replacement.The County Line Historical Society was founded in 1996 and in July 2004 purchased the building at 218 N. Market St. known as Grosjean’s Tin Shop.The decrepit structure, which had also housed a bakery, began undergoing restoration with donations of time and money from the Shreve Business and Community Association, Shreve Lions Club, Shreve Garfield Lodge and numerous other businesses and individuals.

In December 2005, then-state Rep. Jim Carmichael of Shreve assisted the society in obtaining a $100,000 state grant as part of the state’s biennial capital budget. After undergoing repairs and renovations, the museum had its grand opening in early October 2009. The facility received another state grant of $46,000 as part of the biennial capital budget in 2014. The grant was for the purpose of replacing siding, installing ultraviolet-protected windows and putting metal cladding over the deteriorating wooden components of the Victorian facades. Society President Ron Junkin said the grant, administered by the Ohio Facilities Construction Commission, was approved in June and the work started in November.

All of the siding on the north, east and south sides of the building was replaced with seamless, wood-textured metal siding and new signage. In addition, there was new fascia and soffit on those same sides of the building, along with new gutters on the north and south sides. The front was redone to protect the original architectural work while still providing for an authentic appearing facade that reflects this history of the building. Glenn Bower, a trustee and society board member, said the goal was to make the building maintenance free, while attempting to retain its original appearance. “We chose the colors as close to what they had (been) originally as possible,” said Bower, noting two separate color schemes were chosen to highlight the fact the museum actually is composed of two separate side-by-side historic structures.

Junkin said the work paves the way for a second phase of construction which, it is hoped, will start within two years. That project will remove a second-story open porch on the back of the structure, which will then allow for the extension of the building’s existing roof line to the rear and the creation of additional storage space for the organization’s collections. Talking about the new look, Junkin said, “I’m tickled with the way it turned out. It really kind of jumps out at you.” Bower said, “We’re getting a lot of good comments. Some people tell us it’s the best-looking building in Shreve.”

We at Miller Custom Exteriors are glad we could help the historical society make their building maintenance free.

we provide services to

what can we help you with?